Underground oil tanks are known for lasting many years without leaking. However, there are times when oil tanks can become damaged, allowing the fuel inside to escape into the groundwater. People who own homes with underground oil tanks often overlook this problem, even though it can lead to dire consequences.

In this article, we shall discuss some of the signs that an oil tank has been damaged and some of the issues that can arise from this problem.

Oil tanks last for many years, which is why some people who own homes with underground oil tanks will never see a problem. However, there are times when the oil tank begins to leak. This can lead to some of the following issues for homeowners:

When the tank begins to leak, the oil will get into the soil. This can cause problems because it can contaminate the soil and damage the property.

Soil that has been contaminated will need to be cleaned before it can be used again. If the soil is polluted too severely, it may need to be disposed of and replaced.

Groundwater is often used for drinking purposes, so you should avoid contaminants in groundwater at all costs. Contaminated water can lead to health problems, including diarrhea, vomiting, and nausea.

The soil can begin to break down when contaminated by gasoline or oil. This will cause the house’s foundation to become unstable over time, leading to more significant damage to the home’s structure.

The oil that has escaped into the soil can sometimes get into underground water veins. It can cause an explosion if this occurs since gasoline is highly flammable.

Imagine if the gasoline reaches a water heater in the basement. This will cause an explosion that can lead to significant structural damage or death.

When the environment is contaminated, it can cause damage to plants and wildlife. This will make it difficult for homeowners to live near the property and may even lead to legal issues if the contamination has spread.

If you plan to sell your property, you will encounter problems if the tank leaks for a long time. Potential buyers may not want to live near an oil spill, and it could cause them to offer less money for the property.

How can I tell if my underground oil tank is leaking?

Homeowners must know how to identify signs that their oil tanks are leaking. Some of the signs that may indicate an oil tank is leaking include:

The most common sign that your underground oil tank is leaking is a musty smell in the basement or crawl space. This will be accompanied by discoloration of the wall around the area, resulting from the oil and dirt mixture.

Another sign that an underground oil tank leaks are discolored walls in the basement or crawl space. The wall will be noticeably brown, black, or yellow, indicating mold growth on the wall’s surface. This may cause health problems for people who use this area.

If there is a layer of dirt on top of the oil tank, you should suspect it may be leaking. Oil and gasoline-tainted soil tend to sink and harden over time, so it may not immediately be apparent that something is wrong. However, the soil will eventually sink around the tank and create a flat area.

If you notice oil stains on your driveway, garage floor, or any other surface that is near the tank, it could indicate that there has been an oil leak. You should be concerned if you see these types of stains, especially if they remain wet.

If your trees begin to die in the surrounding area, this could signify that gasoline or oil is leaking near the tank. The gas may be seeping into the groundwater under your property and entering your soil, which can then harm any nearby vegetation.

If you see bubbles or gas near your windows, this may indicate an underground oil leak. This will often happen when water enters the tank and begins to rust. The soil under the tank can be lifted by the pressure of this gas, which forces it above-ground.

There are many reasons why oil tanks can begin leaking. Some of these causes include:

Over time, an oil tank can rust due to condensation and water seeping into the unit. When this occurs, it will leave a hole in the tank that will allow contaminants to escape into the soil.

An oil tank has a limited capacity, meaning it cannot hold an infinite amount of oil. If the tank is filled to maximum capacity or beyond, this can put a lot of pressure on the sides, causing them to bend outwards. This creates holes that are similar to what you would see with rusting.

The fittings that are used in an oil tank are made from metal. Over time, the fittings will be worn down by corrosion, eventually leading to problems with the tank’s construction. This will leave your oil tank vulnerable to bursting and leaking.

Many people assume that installing an underground fuel tank is a straightforward process with few risks. However, this is not always the case, especially if the tank is not installed correctly. The ground needs to support the weight of the oil tank, which means that it must be prepared carefully before installation begins. When this step is skipped, it will lead to structural damage over time, causing cracks and leaks in the process.

The piping system used to transfer oil from the main tank to individual appliances has its own set of risks. The piping needs to be installed correctly, or you will risk having leaks in the future.

As you can see, oil tanks can cause some severe problems that are worth avoiding. If an oil tank has begun leaking or is simply old and ready to be replaced, you will need to remove it. However, this process should only be performed by experienced professionals who are well-versed in the proper removal techniques.

If you try to remove an oil tank on your own, you will leave yourself open to further issues that will lead to even more expenses. Professional oil tank removal services are usually provided by companies who specialize in this area of expertise.

This type of company should provide complimentary inspection and quotes before the work is done. Be sure to compare multiple offers before making a final decision.

How to Identify a Tank that you should remove

you should notify underground oil tank removal services as soon as you notice that you should remove an oil tank. However, it is essential to know which signs to look for before calling a professional. Some of these include:

If you notice that your vent alarm no longer works, this could be a sign of a malfunctioning oil tank. To avoid further problems, you should have your oil tank inspected for leaks if this occurs.

This can be a complicated issue to identify on your own, mainly because it is hard to see the extent of damage without removing any panels or parts. A professional who can provide an accurate diagnosis will need to be done.

Oil tanks can release fuel into the surrounding soil, which will affect its appearance over time. This is a telltale sign that an oil tank should be removed, especially if you notice a rusting pipe nearby as well.

If any of the pipes or fittings that lead into the ground begin to leak, it will be necessary to investigate further. You might need to remove an oil tank as soon as you notice these signs, even if there is no other evidence present yet.

An oil tank will not blow up the same way a balloon would, but it can show pressure signs. If you notice any bulging or swelling on the exterior tank casing, your unit should be inspected by professionals who can replace it if necessary.

An Oil Tank Explosion is dangerous!

If an oil tank begins leaking fuel into local soil, there is a chance that it may eventually lead to an explosion. The fuel will mix with the surrounding air, creating a hazardous situation in some regions of your property.

If you notice any of the previously mentioned issues at your home, be sure to have an oil tank replacement service perform an inspection immediately. This will help you avoid further problems caused by a faulty system.

If you don’t feel comfortable performing this type of project on your own, you can always turn to these professionals for help. They will be able to provide oil tank removal services that are fast and efficient. 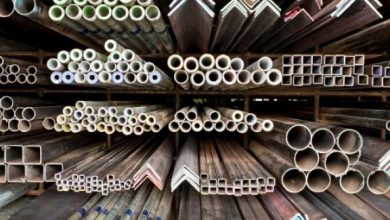 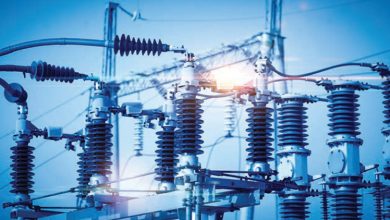 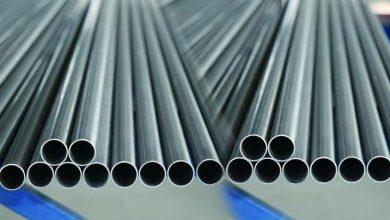 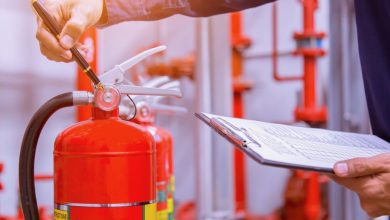 Putting Together a Fire Risk Assessment